Honorary degrees for five leading personalities from the South

Please note: the conferral will take place during an academic session at BOZAR in Brussels and is only accessible by personal invitation and after subscription.

Academics from Brazil, Cuba, Liberia and DR Congo will be the guests of honour at the Brussels BOZAR on 15 May 2019, when the five Flemish rectors will award honorary degrees for university cooperation for development on behalf of their universities in the first joint ceremony of its kind. The academic session is being organised by VLIR-UOS, the department for university cooperation for development from the Flemish Interuniversity Council, which is celebrating its twentieth anniversary this academic year.

VLIR-UOS is the platform through which Flemish higher education stakeholders have been working together on university cooperation for development since 1998. Funded by the federal government, the organisation is the main sponsor of cooperation projects between academics from Flanders and the South, as well as of scholarships for students and professionals from both Flanders and the South.

“The honorary degrees will be awarded to people from the South, people who are active in the field of university development cooperation and who carry out scientific and/or policy work which has an important development impact," says Kristien Verbrugghen, director of VLIR-UOS. "Through this joint activity, the five universities are also making a clear statement about their societal commitment in terms of development cooperation.”

“The five Flemish universities are awarding these honorary degrees together in order to send a clear message that cooperation is the best way to bring expertise together," says Herman Van Goethem, rector of UAntwerp and chair of the Flemish Interuniversity Council. “It is the only way we can successfully address global challenges like poverty, migration, climate change and global conflicts.” 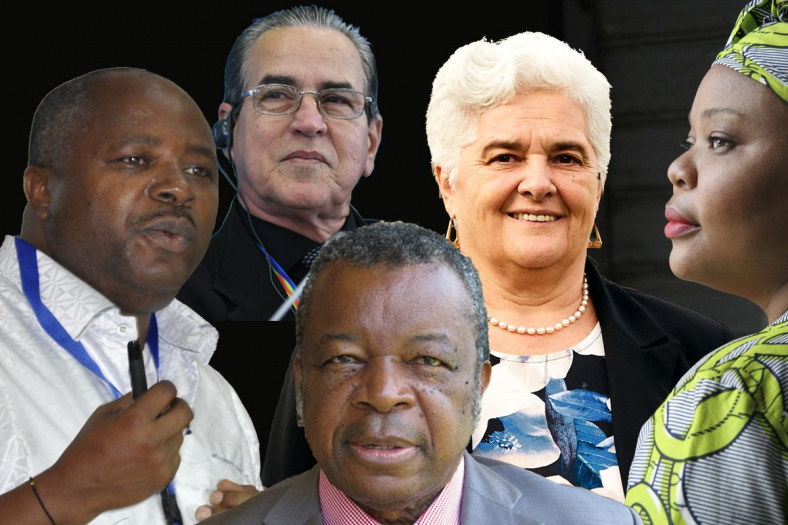 The nominees come from four different countries on three different continents. The rector of each awarding university will act as the promoter of the award.

Catering: The food served at this event will be 100% vegetarian.

When in Belgium for the conferral of their honorary degrees, the recipients will be involved in other events at the respective campuses they are awarded by as well. These events are open to everyone. (The list below will be updated regularly.)