Policy-supporting research in the fight against climate change

Scientists worldwide agree that human-made climate change leads to increasing temperatures, changes in rainfall patterns, and more frequent and severe floods and droughts. People in developing countries, who contribute the least to climate change, are the most affected of all. The Green Climate Fund was set up to change this, but insufficient funds have been invested to help developing countries deal with the effects of climate change. Various university cooperation for development projects have been supporting the Belgian government as well as local communities in partner countries in addressing this pressing issue.

“The fact that climate change gets the attention it deserves is sometimes more important than ticking off a certain checklist. Nevertheless, it would be better if it were to be consistently applied.”

Elvis Modikela Nkoana, lecturer at the University of South Africa (UNISA), is well aware of the negative effects of climate change on his local community in the Limpopo Province of South Africa. Drought and erratic rainfall are threatening locals’ livelihoods and agriculture, but these people lack the human and financial resources to cope with the effects of climate change. As a PhD student at the University of Antwerp within the IUC programme at the University of Limpopo, Nkoana has tested several climate adaptation toolkits from various development cooperation organisations within local communities.

One of these toolkits was developed by KLIMOS (translated: Climate and Development Cooperation), a Belgian research group supported by VLIR-UOS and ARES, its Walloon sister organisation. KLIMOS researchers support the Belgian federal government by carrying out research and generating input for policies to make the transition to a sustainable society in Belgium and its partner countries. KLIMOS’ research focuses on a variety of themes, related to four major topics: managing natural resources for various ecosystem services, developing sustainable energy systems and urban infrastructure, innovations in governance and institutional reforms, and the monitoring and evaluation of sustainability.

The KLIMOS Environmental Sustainability Toolkit is one of the practical tools researchers have developed. This is a database containing environmental information and two screening forms. This allows the Belgian government, NGOs, universities, colleges, schools and the private sector to take the climate change dimension of every development cooperation project they support into account. The researchers set up their projects around two important questions, explains Bruno Verbist, KLIMOS researcher from KU Leuven: “In what way will climate change have an impact on what I plan to do?” and “To what extent will my project contribute to climate change in the first place?” Despite the project’s initial ambition to achieve consistent application of the toolkit, it is not compulsory for government officials to apply it in project elaboration and evaluation. 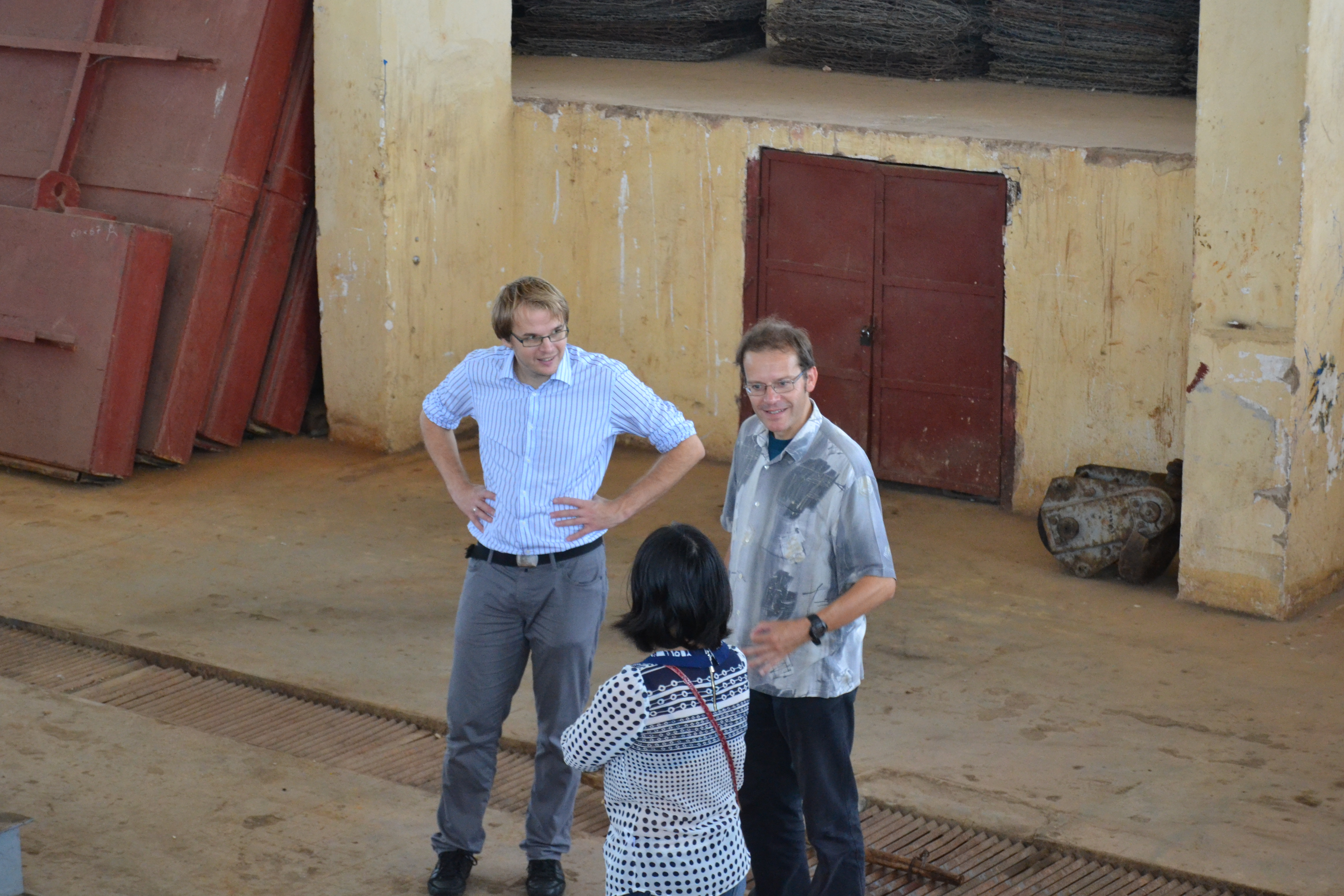 “A tangible impact right now is that the research themes from the Wamade project are put on the Vietnamese universities’ research agenda,” says Bruno Verbist (on the right). © Renaud Colmant

KLIMOS has been successful in translating its various projects into policy recommendations through seminars, workshops and policy briefs for the Belgian government. Annemie Van der Avort, Policy Officer at the Directorate-General for Development Cooperation and Humanitarian Aid (DGD), one of the actual end-users of the research results, stresses the importance of this type of research: “The Belgian actors for development cooperation need useful advice based on solid scientific research when executing their policy. Researchers, in turn, are able to dive deep into their research subject. Furthermore, the recognition of Belgian academic expertise in development cooperation via this kind of research is an added value.”

Tools for helping people in developing countries are often designed from a Western point of view and are therefore not always compatible with local communities’ perspectives. Local rural people therefore only minimally participated in these climate adaptation efforts. During his PhD as part of the VLIR-UOS IUC programme at the University of Limpopo, Nkoana investigated which are the best interventions to involve local people in. Best practices included explicitly acknowledging the local cultural do’s and don’ts, identifying and prioritising vulnerable stakeholders and opting for two-way communications on climate change risk. Along with the IUC at Limpopo, his PhD research has had quite some output and impact. Nkoana now teaches research and environmental education courses at UNISA, where he spreads the knowledge gained during his PhD to young students. He is also developing a Short Learning Programme focused on learning within a limited time frame and designing a study on how South African universities can collaborate with European universities in climate change management. “Local people are now more receptive to outside scientific and practitioner knowledge on climate change as it confirms what they have been experiencing because of a changing climate,” Nkoana concludes.

Vietnam is one of the five countries most vulnerable to climate change. Kim Chi Vu teaches several climate change courses at Vietnam National University, Hanoi. As a national promoter, he is involved in a VLIR-UOS TEAM project, which used expertise from KLIMOS for research on sustainable cities in Vietnam: the WAMADE (WAter MAnagement and urban DEvelopment) project mainly focuses on flood issues and different urban development strategies in the Ha Tinh area. It aims to show that by changing urban structure and making cities greener, the city’s climate will improve significantly. WAMADE also investigates the impact of different climate change scenarios on water balance and floods. Finally, air pollution, one of the region’s main problems, was later added to the research project. “Although the impact of this project research will be more long-term, a tangible impact right now is the fact that these research themes have been placed on the Vietnamese universities’ research agenda, even with universities that were not part of the original WAMADE project,” says Bruno Verbist. 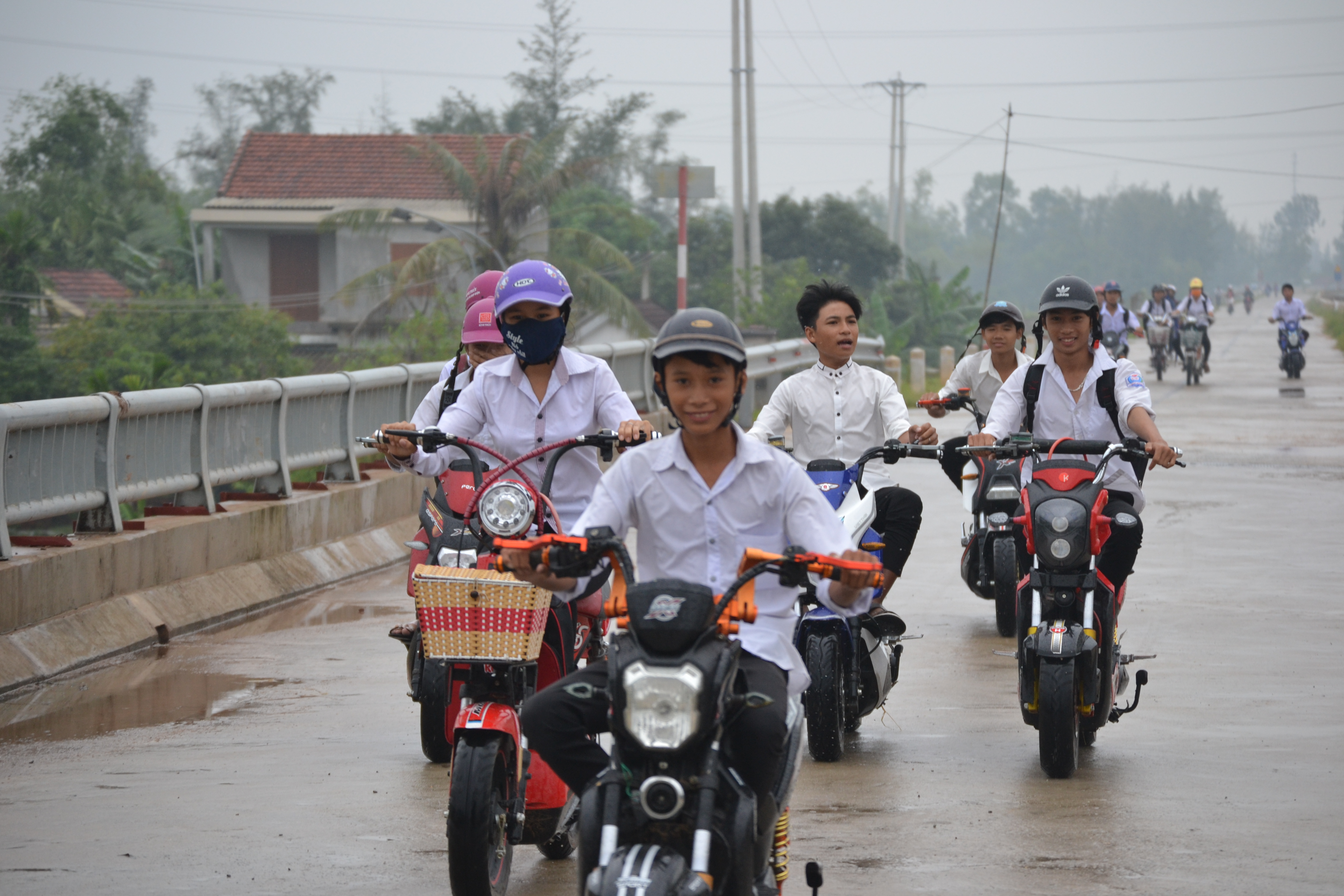 On the importance of scientists in the climate debate, Jean Hugé, ULB, VUB and UHasselt researcher within KLIMOS, states that scientists have to make sure policymakers know what the impact of their decisions will be. Nkoana adds: “It doesn’t make any sense to produce knowledge on climate change that remains on library shelves collecting dust rather than being used by decision-makers and the public as a whole.”

Our publication 'Sharing minds, changing lives. 20 years of impact’ has been released! This article and other impact stories are also available on our website, Facebook and Twitter.